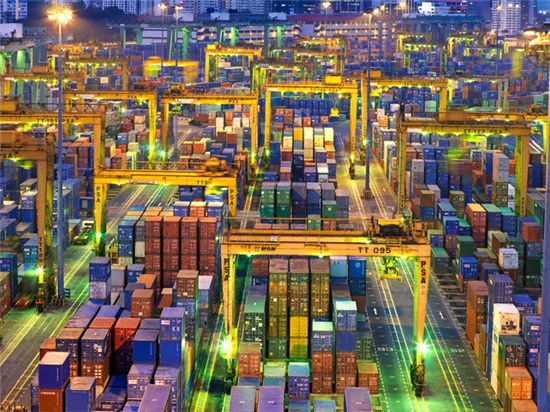 The text analyzes some types of logistics platforms, according to the manner in which they were made in some European countries (Italy, Denmark, Germany and Spain).

Our investigation reveals some success factors that characterize the replicability

The text analyzes some types of logistics platforms, according to the manner in which they were made in some European countries.

The “freight villages” (english designation) are called in different ways depending on the country:

The different experiences of achievement show differences in the organization of infrastructure and services that offer the same logistics platforms .

Our survey reveals some success factors that characterize the replicability.

A fundamental characteristic of the Italian model, conditioned by the choice made by the legislator in 1990, is the presence in the same area of logistics center and intermodal terminal.

The platforms are built quite heterogeneous and occupy an average area of 1,1mln square meters, but the necessary condition to the existence of a freight village is the simultaneous presence of areas dedicated to logistics, the areas used for intermodal services and a railway terminal.

There are also vast areas that could be used for expansion in the short-medium term, areas already in availability of the operator, and not yet infrastructured, totaling over 10 million square meters.

In addition there are a further 5 million square meters intended for freight village activities, but not yet available to the operator.

In total, therefore, the Italian freight village system is internally constituted by: a vast real estate assets, both of warehouses and office buildings, both in terms of land.

Starting from the definition of freight village given by the legislator can outline a first highly critical.

If fact, legislator has given the objective of freight management companies to organize the structures in order to facilitate inter-modality through the use of rail transport.

To date only a few have important freight movements inside the terminal.

In fact there is a strong concentration of flows confined only to some freight villages.

This criticism is partly due to infrastructural limits.

These limits may be internal or external to the structure.

An indicator of internal limits to the structure is the maximum length, or form, train admissible (without being broken inside terminal).

The module is one of the key variables to make profitable the intermodal service, thanks to the reduction of unit costs of transport.

In 8 freight villages, of the 21 who participated in the statistical surveys related to the “Report on the Italian system of freight in 2012”, the maximum length of the train admissible does not exceed 600 m.

Even more serious is the limitation that exists outside the freight village system, along the railway network, because in many places can not travel trains with a length of more than 450 m.

For this reason, the freight operator have shown the need for a greater focus of resources to overcome bottlenecks on the existing internal and external network freight village system (due to the length of the tracks within the stations, to the limits of shape, slope of the rail network, transit times, etc …).

On one hand there is the need to complete and to make efficient intermodal terminal, thanks to the use of instruments of public-private partnership, the other is necessary to focus interventions on the rail network in order to give priority to those that make fully operational.

Such interventions are often linked to small projects and spending that produce however a high social return. 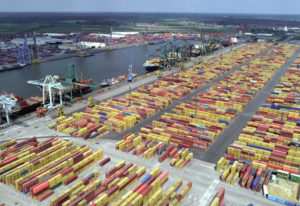 To date, the area that is most attractive and should remain so 2018 is the area of Venlo, in the southeastern part of the Netherlands, on the border with Germany.

Because of its location the logistics area of Venlo (in which there is the Venlo Trade Port, which covers a total area of 8 million square meters) can take advantage of the direct connections with the ports of Northern Range, with the main airports in surroundings and some of the major industrial areas of Europe.

Considering connections with the ports, the Venlo Trade Port can indeed exploit a direct connection with the port of Rotterdam, thanks to a daily shuttle service, in addition to interconnections present the ports of Antwerp and Amsterdam.

This area is also can take advantage of one hand connections with the international airports of Amsterdam (one of the largest airports in Europe), Maastricht/Aachen, Dusseldorf and Antwerp, other part a direct river connection by opening of the new river port on the river Meuse, one of the largest navigable rivers of Europe.

The success of this area must therefore be attributed to the ability of local authorities to develop, since the late 80s, the potential of the area in terms of location.

It is then formed a dense series of direct links with the main traffic junctions of the area, using all modes of transportation exist. 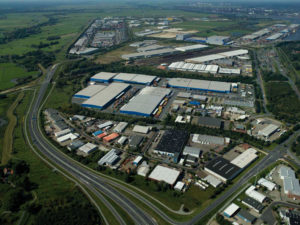 In Germany there is a branched freight village system consisting of 34 facilities, 21 of which belong to the DGG, a limited liability company founded in 1993 to represent the common interests of the different structures.

In particular, the DGG works to promote and enhance the German freight villages by supporting the cooperation between the different structures.

The typical areas in which the company operates are: the creation of new intermodal connections between different logistics centers, the harmonization of standards of services between different areas, and the development of sustainable models of logistic center.

Cooperation that can create the DGG is one of the characteristics of strength of the model freight village German.

On average, logistics centers in Germany occupy about 2.1 million square meters, however presenting a marked variability.

The freight village is in fact smaller Herne, with 230,000 square meters, while the largest is to Leipzig with 6.75 million sq. m.

German structures appear to be so, on average, larger than Italian.

At the same time the German logistics centers enliven a greater number of TEUs within their the terminal.

Compared to the Italian system, the German logistics centers can take advantage of a rail network with fewer bottlenecks and with the possibility of passing trains with modules up to 700 m over much of of the network.

Also worth highlighting a greater presence and interest of Deutsche Bahn regarding the rail freight market, compared to the corresponding Italian one.

One of the main German logistics centers (along with the GVZ Bremen indicated by DGG as the best in Germany) is the logistic center of Nuremberg (“Bayernhafen Nurnberg”), located in southern Germany.

This structure can play, thanks to its location, a gateway for South-Eastern Europe, taking advantage of its position between the ports of the Northern Range and the Mediterranean ports.

The Bavarian guest receives flows from the Mediterranean ports and ports in northern Europe, being substantially midway between the two seas.

The freight village is also located in one of the most attractive logistics of Germany according to the classification made by Prologis.

The Intermodal is managed by a company totally public.

In particular, 80% of the shares is held by Bayernahafen GmbH, in turn 100% owned by the State of Bavaria.

The remainder of the shares are held by the City of Nuremberg (19%) and the neighboring town of Roth (1%).

The area covers a total area of 3.34 million square meters and houses inside the structures needed to develop freight transport in three different ways: road, rail and river.

The rail terminal, in particular, covers an area of 160,000 square meters and can receive trains with a maximum length of 700 m, with a handling capacity of 480,000 TEUs of cargo a year.

In addition to the terminal, the rail infrastructure of the logistic center include 50 km of tracks that connect it to the connected warehouses and the river port.

The latter is built on two basins, directly adjacent and connected to the Main-Danube Canal.

Thanks to these structures the logistic center was able to move in 2012, on three different modes of transport, about 15 million tons of goods.

The Spanish model has always had an approach “road oriented” which has always favored the road transport at the expense of rail.

This choice by Spain is partially dictated by the poor infrastructure of the railway network.

For this reason, in many cases the Spanish center are very close to the concept of traffic center, where little space is left to intermodal.

Another problematic network freight village Spanish, partly also in the Italian system, is the lack of a strategic vision and long-term, he sees the different structures as integral parts of a single organ system.

The planning of facilities in Spain was mainly influenced by the logic of type localist and regional.

An attempt at coordination was carried out by the association of Spanish freight villages (A.C.T.E. – Asociación de Centros de Transporte), founded in 1991 with the goal of creating more partnerships between the different logistic center and share information and knowledge related to the transport sector.

In this regard it is important to underline that, one of the main structures within the most important logistics area of Spain (the area of Madrid) is not proved associated ACTE.

The Puerto Seco de Madrid is part of the freight village near the Spanish capital, along with the Centro de Transportes de Coslada and the Centre de Cargo Aerea de Madrid Barajas.

At about 40 kilometers from the capital is also present the Puerto Seco de Azuqueca, unique structure associated with ACTE area.

The Puerto Seco de Madrid is managed by a wholly public, it is controlled to 25% by the Comunidad de Madrid, to 13.08% by SEPES (Servicio Público de Empleo Estatal), for the 10.92% by the municipality of Coslada, and to 10.2% respectively by the Ente Público Puertos del Estado and port authorities of Algeciras, Barcelona, Valencia and Bilbao.

This corporate structure underlines how the mission of the structure is to support the network of Spanish ports and promote the area of Madrid.

The Puerto Seco consists of a railway terminal covering 140,000 square meters, which has developed since 2001 connections with the ports of Algeciras, Barcelona, Bilbao and Valencia.

Synthesis of the success factors

The analysis of the case studies in Europe highlights two key factors for the success of a freight village, as well as the individual structures that compose it.

First, it is essential to a strong coordinating role, able to form partnerships between the single logistics centers in order to create stable intermodal connections and sharing of successful practices, well as to develop a standardization and harmonization of services.

This can be partly carried out by a trade association or a company (as in German), but also the central government must give a strategic planning long-term.

A second key feature for the success of the freight village areas is the ability to develop intermodal traffic.

This feature, to the success both the area of Venlo, both Interport Nuremberg and logistics area in the suburbs of Madrid, is able to use, in addition to road transport, also the rail transport, in the first two cases, on the river, exploiting the connections with important airport facilities.